Upcoming Bollywood Movies Ready To Entertain You in 2016


The year 2015 has ended on a grand note with super hit movies like Bajranji Bhaijaan, Baahubali, Tanu weds Manu returns, Piku, ABCD 2 and many more. The year 2016 has started with movies like Chalk N Duster, Wazir, Kyaa Kool Hain Hum 3 and recently Airlift that has got good reviews and collections at the box office. The upcoming Bollywood movies list is also quite promising with movies releasing in different genres.

Mastizaade is slated to release on January 29th, 2016 which is the most awaited adult comedy movie starring Sunny Leon, Tushar Kapoor and Vir Das in the main lead. The songs have already become a hit and there are good expectations on the movie with many fans waiting for a Sunny Leon film. The movie has been in the news for the bold content and trailer cuts. 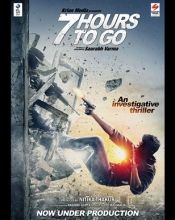 Saala Khadoos is also one film that is being looking forward by the movie lovers which is labeled as a sports drama film. This is being released in both Tamil and Hindi simultaneously where Madhavan plays the lead role as a boxing coach and Ritika Singh as a boxing aspirant. Madhavan sported a complete new look for the film and the trailers quite attracted the viewers’ attention, waiting for the release of the movie.

One more movie that is about to release on January 29th, 2016 is Ishq Forever, which is a romantic drama featuring new comer Sameer Sippy and the female lead Ruhi Singh. Nadeem Saifa is the music composer. The songs in the film have got good ratings. January is geared up movies in three different zones. 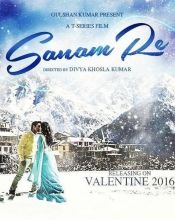 February has a big list of movies lined up for release with “Fitoor” being aggressively promoted starring Katrina Kaif and Aditya Roy Kapur. This movie is based on the Charles Dickens novel “Great Expectations” and is ready to entertain the audience as a romantic drama movie. Other movies in the pipeline are Gayal once again, LoveShuda, Sanam Teri Kasam, 7 hours to go, Sanam Re and a few more movies.

Jai Gangaajal is an upcoming action drama film from Prakash Jha slated for release in the month of March. Priyanka Chopra stars in the lead role as a police officer and this movie is a sequel to the 2003 hit Gangaajal. Other movies in March releases are Hera Pheri 3 and Zubaan that have announced their release dates as of now.
This website was created for free with Own-Free-Website.com. Would you also like to have your own website?
Sign up for free