There are so many interesting Bollywood movies that have lined for the release in the month February and March to end the first quarter of the movie with a big bang. The January releases like Airlift, Saala Khadoos, Jugni, Wazir have received both critical acclaim as well as minted money at the box office starting the year with a positive note. So let us look at the other upcoming Bollywood movies that are about to releases in the month of February and March.

Sanam Re is going to be released on February 12th as a valentine special romantic flick featuring Pulkit Samrat and Yami Gautam in the lead roles. The songs have become a bit hit and many are looking forward for this film. 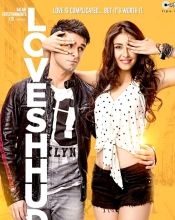 Similarly, Fitoor is the much awaited movie in the month of February releasing on 12th which is released on Charles Dickens novel “Great Expectations” and a star cast of Katrina Kaif and Aditya Roy Kapoor and Tabu. This is surely going to be an interesting movie with a sensitive triangle love story which is directed by the talented Abhishek Kapoor who has presented some wonderful movies like Kai Po Che and Rock On.

Other movies coming in February also include some interesting love stories being released like Lucknow Ishq, LoveShuda, Ishq Forever, Love shogun and also thought provoking movies like the biopick Neerja with Sonam Kapoor playing the lead and Aligarh which is the most talked about the controversial plot dealing with homosexuality of a professor.

Those who are looking to enjoy something on a lighter note can lookout for movies like Tere Bin Laden Dead or Alive, Rough Book and Vishwavijay. 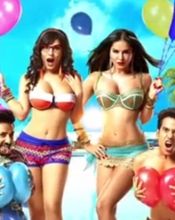 The march has some very interesting films lined up for the movie lovers. Hera Pheri 3 with a huge star cast of Abhishek Bachan, John Abraham, Suneil Shetty, Esha Gupta and others is expected to rock at the box office just like its prequels. Jai Gangaajal is also a thriller starring Priyanka Chopra in the lead and is a sequel to the 2003 movie Gangaajal with the main lead played by Ajay Devegan. There are also movies like Zubaan, Do Lafzon Ki Kahani, Teraa Suroor 2, Kapoor & Sons, Direct Isqh, Fraud Saiyaan and Rocky Handsome that have so far announced their date of release in the month of March.

We have to wait for a few more weeks to see which upcoming Bollywood movies are going to rule the roost at the box office.
This website was created for free with Own-Free-Website.com. Would you also like to have your own website?
Sign up for free